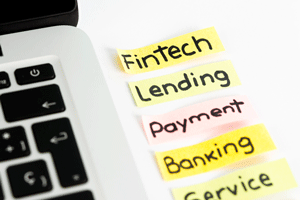 This post is part of a series titled “Supervising Our Nation’s Financial Institutions.” The series, written by Julie Stackhouse, executive vice president and officer-in-charge of supervision at the St. Louis Federal Reserve, is expected to appear at least once each month throughout 2017.

Although SoFi recently dropped its ILC charter application because of leadership changes at the company, the re-emergence of applications for the ILC charter has rekindled the debate over the role of ILCs in the financial services arena and how they should be regulated.

What Is an ILC?

ILCs emerged in the early 1900s as small niche lenders that provided consumer credit to low-to-moderate income workers who were generally unable to obtain consumer loans from commercial banks.

Over time, ILCs grew significantly in number and size:

The largest ILC, UBS Bank USA, has assets of almost $53 billion and is the fifth-largest financial institution in Utah.

ILCs operate similar to banks, with many ILCs using the term “bank” in their names, such as Toyota Financial Savings Bank, WebBank and BMW Bank of North America. In exchange for their charters and access to the federal safety net—including federal deposit insurance, the Federal Reserve discount window and the payments system—ILCs must comply with federal safety and soundness and consumer protection laws that apply generally to institutions insured by the Federal Deposit Insurance Corp. This includes restrictions on transactions between the institution and its affiliates under sections 23A and 23B of the Federal Reserve Act.

Although subject to many bank regulations, ILCs have a few key advantages over traditional banks. First, federal law places no limit on how large an ILC may become and only one restriction on the types of activities that an ILC may conduct.1

Perhaps most significantly, the corporate owners of ILCs are not supervised by the Fed, creating a loophole for those institutions that would otherwise be subject to enhanced prudential standards under the Dodd-Frank Act.

What Is at Risk?

The renewed interest in ILCs has the potential to accelerate growth of a new shadow banking system. In turn, this could create an uneven playing field for traditional banking organizations and potentially heighten risks to the financial system. Such foreseeable issues warrant close consideration as charters are considered.

1 That restriction prevents all but the smallest ILCs (those with assets of $100 million or less) from accepting demand deposits that the depositor may withdraw by check or similar means for payment to third parties. ILCs have found an alternative to demand deposits in the form of negotiable orders of withdrawal accounts—accounts very similar to demand deposit accounts.