How Should the Government Spend the Fiscal Budget during the COVID-19 Pandemic? 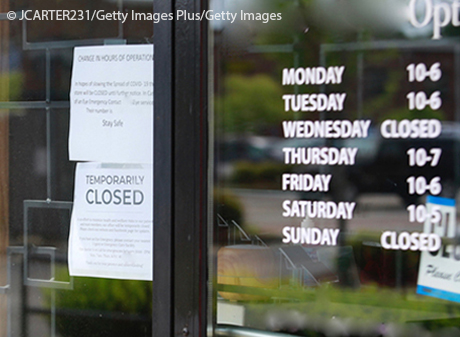 The COVID-19 crisis has had unprecedented negative effects on the aggregate economic activity in the U.S., especially on the labor market. In response, the U.S. government established a policy package through the Coronavirus Aid, Relief, and Economic Security (CARES) Act in order to help alleviate the effects of economic contraction. This package has two prominent components: the expansion of unemployment insurance (UI) benefits and the introduction of payroll subsidies through forgivable loans provided to firms by the Payroll Protection Program (PPP).

The expansion of the UI program aimed to provide additional income to the large pool of workers who lost their jobs during the economic shutdown. On the other hand, the primary goal of payroll subsidies was to keep firms in business and worker-firm matches intact so that when labor demand rebounds, a swifter recovery follows as workers remain with their employer.

In a recent St. Louis Fed working paper, we studied the macroeconomic effects of these two policies during an epidemic. To do so, we used a macroeconomic model that combines the classic epidemiological model with an equilibrium model of the labor market. This model accounts for the unique features of the current crisis: involuntary temporary separations versus permanent layoffs, the possibility of recalls of previous employees, pause in production of firms during economic shutdown, higher productivity of workers with long job tenure, and two types of fiscal policies—UI and payroll subsidies.

Importantly, in this model, these two fiscal policies are distinct because when UI is generous and payroll subsidies are absent, involuntary temporary separations may result in permanent dissolution owing to the following reasons:

We used this model in two ways. First, we analyzed the differential effects of these two policies on the labor market, examining each policy in isolation. Second, we answered an important question: How should the government allocate its limited resources between these two policies?

When these policies are considered in isolation, we found that the generous UI expansion implemented under the CARES Act reduces the death toll during the epidemic but also increases unemployment. As a result, the loss of productive jobs leads to persistently lower productivity and output even after the containment.In our baseline containment, the unemployment rate could reach as high as 20%. In the scenario of stricter containment, the unemployment rate could reach as high as 35%. On the other hand, a cost-equivalent payroll subsidy policy achieves the opposite: It preserves productive jobs by allowing the continued operation of financially constrained firms that would have otherwise engaged in layoffs. The preservation of these jobs softens the decline in employment, productivity and output, and the economy experiences a much faster recovery.

When these policies are considered jointly, however, we found that, under the same total spending of the government, the best policy uses both of these alternative policies in the following way: 20% of the budget is allocated to payroll subsidies, while the remaining 80% is spent on UI expansion.

Even though payroll subsidies represent a smaller share of government spending, we found that this partial expenditure on payroll subsidies achieves most of the productivity gains obtained from the alternative of allocating the entire budget to payroll subsidies. Thus, the optimal policy sets the payroll subsidy just enough to preserve output-critical productive jobs, as any additional payments to firms yield limited gains.

Importantly, this partial allocation leaves budget space for generous UI payments paid to workers who, in spite of payroll subsidies given to their employers, still lose their jobs during the economic shutdown.

Finally, we showed that when the government implements a stricter containment measure that forces more firms to shut down, the best policy in this case now features a larger share of 40% on payroll subsidies. Hence, the share of funds allocated to payroll subsidies to firms increases as the government implements stricter containment during the pandemic. This is because firms with higher levels of productivity that would have otherwise retained their workers under a laxer containment are no longer able to do so. Thus, higher spending on payroll subsidies is required to retain this range of productive but now vulnerable firms.