Dealing with the Leftovers: Residual Seasonality in GDP 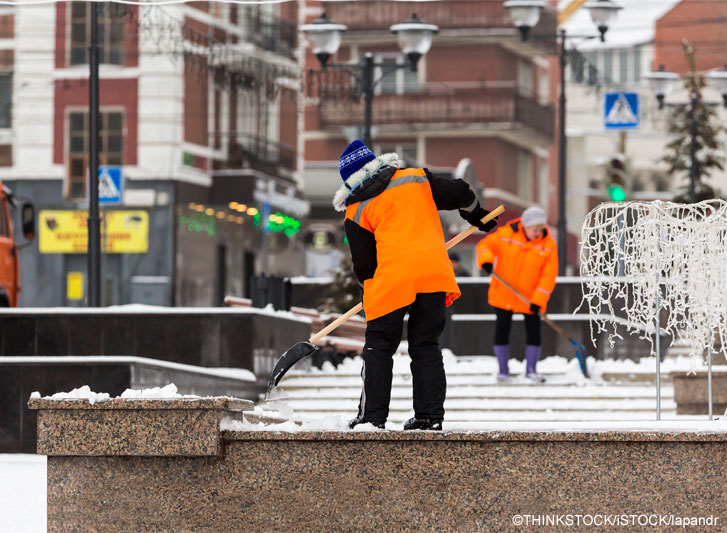 Over the past few decades, one pronounced characteristic of gross domestic product (GDP) is that its growth rate during the first quarter of the year has been substantially lower than the growth rate during other quarters, even after adjusting for the typical seasonality. 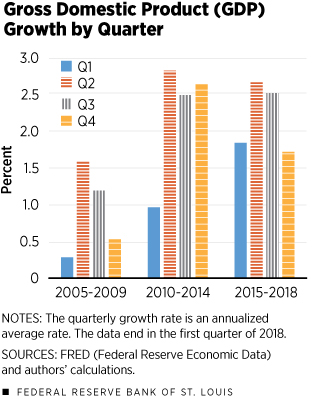 Economists have dubbed this phenomenon “residual seasonality,” suggesting that the published first-quarter GDP growth rate is artificially low and that actual growth is more in line with that of the other quarters. Residual seasonality has even been recognized by the Bureau of Economic Analysis (BEA), which has made efforts to correct it in the most recent comprehensive revisions to GDP.

Residual seasonality presents a problem for both forecasters and policymakers attempting to make timely evaluations of the economy. If the first-quarter GDP number appears to be low even after adjusting for typical seasonal patterns, how should the policymaker react? If the number has a residual seasonal component that is keeping it artificially low, policy actions that take the understated value as true could overstimulate an economy that is otherwise doing well. On the other hand, not reacting to a truly low number—under the belief that it is only a manifestation of a remaining seasonal component—could put the Federal Reserve in danger of being behind the curve.

What Is Residual Seasonality?

Before addressing residual seasonality, one first has to understand seasonality in general and why it is removed from economic data. Economic data have predictable variation throughout the year, caused by weather, regularly timed events (e.g., summer vacation) and holidays, and the seasonal nature of production (e.g., agriculture).

Economists call this predictable variation “seasonality” and usually remove it to compare the data across consecutive quarters. For example, nonseasonally adjusted fourth-quarter GDP in the U.S. tends to be higher than third-quarter GDP, when people often save for the holidays. Thus, a decrease in nonseasonally adjusted GDP from the second quarter to the third quarter would be predictable; however, without this knowledge, a decrease might instead look like the beginning of a recession. Further, large seasonal fluctuations overshadow the important movements in the underlying trend, which policymakers must identify to make decisions.

While some features of weather are predictable (e.g., people go out less in winter when it is colder), unusually severe weather events are not accounted for during seasonal adjustment. These events include catastrophic events, such as hurricanes and blizzards. Typically, economists view these events as temporary disruptions that shift consumption or production to a later time period. For example, a hurricane on the East Coast might cause a shift in production from one quarter to the next. However, these events are not generally predictable and do not occur every year. Thus, they would not be removed as part of seasonal adjustment.

GDP data are collected by the BEA. Because elements of GDP are available at different times, the BEA collects components of GDP (e.g., consumption, investment) and aggregates them into the final number. Across the quarter, the BEA releases estimates of the data, some of which involve projections of GDP components. The data are seasonally adjusted using a complex algorithm developed by the Census Bureau that removes both the trend and seasonal components from the raw data.

How Important Is Residual Seasonality?

Residual seasonality introduces additional uncertainty for policymakers. One way to measure the potential impact of low first-quarter data on policy rates is to use the Taylor rule, a standard policy tool that suggests an interest rate based on inflation and the actual level of GDP relative to potential GDP.

Economists at the Federal Reserve Bank of San Francisco and the Federal Reserve Bank of Cleveland estimate that first-quarter residual seasonality over the past 10 years ranges from –0.8 to –1.5 percent.See Lunsford, and Rudebusch et al. If first-quarter GDP were reported as 1 percent lower than the actual value due to residual seasonality, the output gap would widen, which could mean dropping rates by 0.5 percentage point under the Taylor rule. But policymakers, aware of residual seasonality, wouldn’t react, thus keeping rates higher than recommended by the Taylor rule.The impact of residual seasonality on the policy rule is muted, however, as the policy rule is based on the output gap, which considers the level of reported GDP relative to potential GDP.

GDI is another measure of total economic output. The two measures are theoretically equivalent; GDI measures economic activity in terms of income earned, and GDP measures in terms of production. They differ slightly in practice because of differences in source data. GDP is the more common measure because the GDI source data are released on a less timely basis than the GDP data, and the GDI sources are more difficult to map into higher frequency components (e.g., GDP can be traced to monthly personal consumption expenditures). 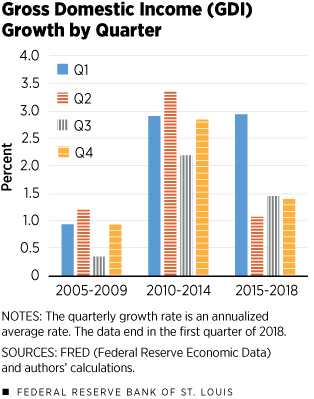 Looking at GDI growth in addition to GDP growth gives the policymaker additional information on economic activity. If the policymaker observes a relatively low first-quarter GDP number and a GDI number that is more in line with expectations, it is likely that the GDP number is understated because of residual seasonality. By observing GDI along with GDP, the policymaker can make a more informed decision regarding policy rates. 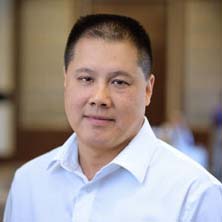 Hannah G. Shell is a senior research associate at the Federal Reserve Bank of St. Louis.

Hannah G. Shell is a senior research associate at the Federal Reserve Bank of St. Louis.