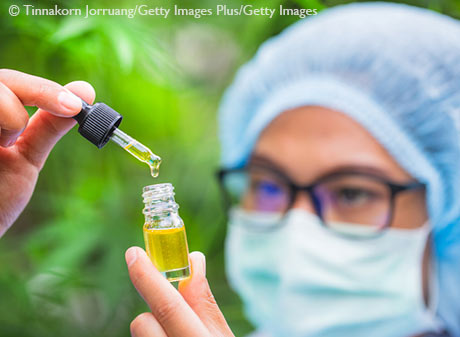 This post is part of a series titled “Supervising Our Nation’s Financial Institutions.” The series appears at least once each month.

Banks serving hemp producers no longer have to automatically fill out reports used to detect money laundering activities. This reduction in regulatory burden can be traced to the 2018 farm bill (officially titled the Agriculture Improvement Act of 2018), which legalized hemp by removing it as a Schedule 1 controlled substance. Properly licensed industrial hemp producers can now be treated the same as other bank commercial customers for anti-money-laundering regulatory purposes.

In raw form, hemp is a fiber extracted from the stem of the cannabis plant, the same plant from which marijuana is derived. Hemp has many uses:

Unlike marijuana, hemp contains very low levels of tetrahydrocannabinol (THC), the chemical that causes an altered state when ingested or smoked. Hemp that contains less than 0.3% THC is considered legal.

The U.S. Department of Agriculture (USDA) issued an interim rule in late 2019 to provide monitoring and regulatory guidance for state agriculture departments and tribal governments wishing to allow legal hemp production within their borders. Permitting states are required to:

Hemp producers in a state that does not obtain a USDA-approved plan will be directly regulated by the USDA. States and tribal governments are not required to allow hemp production, even though it is now legal under federal law.

The legal marijuana business is not affected by the change in status for hemp production, because marijuana is still considered a controlled substance under federal law.

Despite the change in the legal treatment of hemp, many bankers have been reluctant to work with the industry because of regulatory concerns. In response, the three federal banking regulators—the Board of Governors of the Federal Reserve System, the Federal Deposit Insurance Corp. and the Office of the Comptroller of the Currency—joined with the Financial Crimes Enforcement Network (FinCEN) and the Conference of State Bank Supervisors to issue guidance in December 2019 to clarify hemp’s legal status and relevant reporting requirements under the Bank Secrecy Act (BSA).“Providing Financial Services to Customers Engaged in Hemp-Related Businesses,” Federal Reserve Board of Governors, Federal Deposit Insurance Corp., Financial Crimes Enforcement Network, Office of the Comptroller of the Currency and the Conference of State Bank Supervisors, Dec. 3, 2019. The BSA requires U.S. financial institutions to work with the federal government to detect and prevent money laundering.See the blog post “What Is the Bank Secrecy Act, and Why Does It Exist?” for more information about the BSA and how it impacts banks.

The main takeaway from the regulators’ statement is that banks no longer need to automatically fill out Suspicious Activity Reports (SARs) when working with a hemp producer customer because hemp production has been legalized. They can follow standard procedure and file a SAR if suspicious activity warrants.

Bankers with questions about the 2018 farm bill and hemp can contact the USDA, state agriculture departments or tribal governments. Because the U.S. Food and Drug Administration retains some regulatory authority over hemp products, banks can contact that agency with questions about hemp-related food, drugs or cosmetics. In addition, banks should be looking out for additional guidance on the USDA interim final rule from FinCEN.

2 See the blog post “What Is the Bank Secrecy Act, and Why Does It Exist?” for more information about the BSA and how it impacts banks. 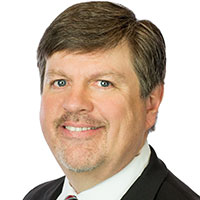