What Is the Outlook for the Federal Budget? 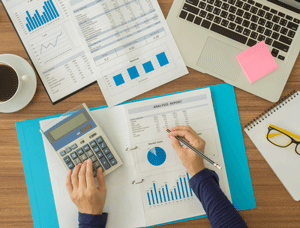 Numerous proposals to fix the U.S. federal budget exist. However, a challenge exists in meeting growing obligations from mandatory spending (that is, Social Security and health care) amid only modest increases in revenue over the next 10 years, according to a recent article in The Regional Economist.

“The prominence of mandatory spending programs implies less room for fiscal maneuvers in the future and will make reform more difficult to implement,” Senior Economist Fernando Martin wrote. “Financing of these expenditures relies heavily on taxing individual income (including payroll taxes). Closing the deficit without reforming entitlements will invariably lead to tax hikes.”

Martin analyzed the June 2017 projections by the Congressional Budget Office.1 These projections extend through 2027 and are based on current law.

He noted the following, which are also illustrated in the figure below: In examining spending more closely, Martin noted that roughly two-thirds of total expenditures are mandatory outlays, and those are projected to increase significantly by 2027. Social Security and health care expenditures—the largest components of mandatory spending—are projected to rise from 10.4 percent of GDP in 2016 to 12.9 percent in 2027.

On the other hand, discretionary spending as a share of GDP has been declining and is expected to continue to do so.

Martin also noted that part of the projected increase in expenditures is due to larger interest payments on government debt. However, the interest rate on bonds could remain low, in which case projected deficits may be overstated.

He cautioned that the modest projected increase in revenues over the next decade may be overstated because part of the increase in individual income taxes is from “real bracket creep.” This means a larger share of income is subject to higher tax rates as income grows faster than consumer prices.

However, he noted, it is conceivable that Congress would prevent some of that from happening due to equity considerations. 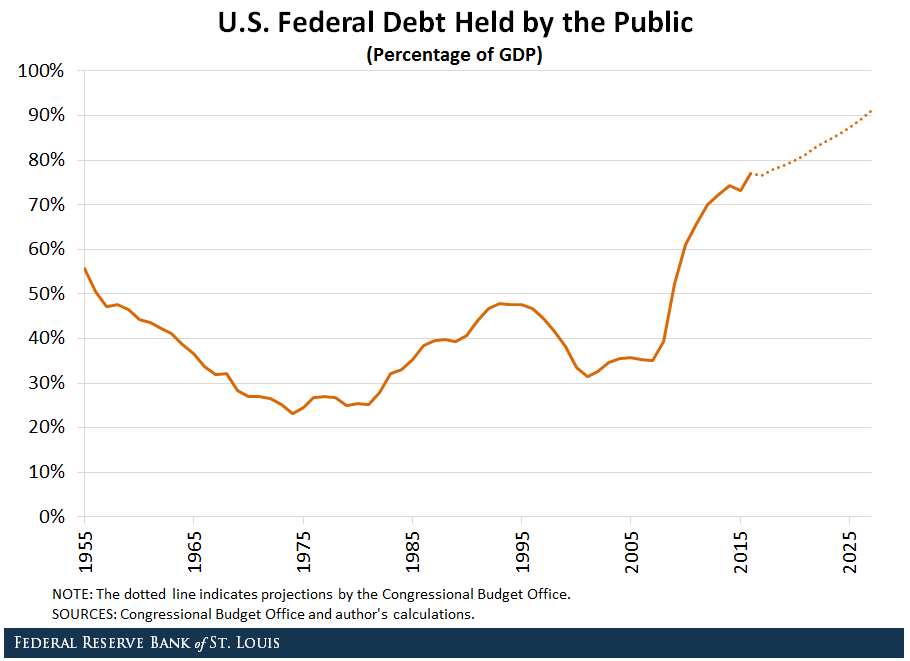 “Government debt levels are not yet a cause for concern in the U.S., although they might make fiscal responses to future recessions harder to implement. If current trends persist, debt held by the public will remain at manageable levels for the next decade,” Martin wrote.

However, he added that if another big adverse shock hits the U.S. economy, this outlook might change for the worse. “Even in this case, the U.S. has the advantage of issuing debt in its own currency, so outright default (as in Greece) is not a likely outcome, though inflation might be (as was the case during and immediately after World War II),” he concluded.