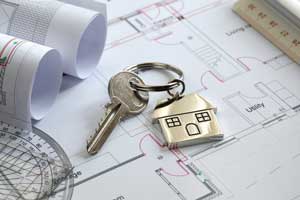 Senior Economist Fernando Martin noted that real private investment per capita fell 21.1 percent over the period 2007:Q4 to 2009:Q2, the period covering the Great Recession. As of 2015:Q3, it was about 5.7 percent above its prerecession level. By comparison, real gross domestic product per capita fell 5.5 percent during the recession and is now 2.9 percent above its prerecession level. 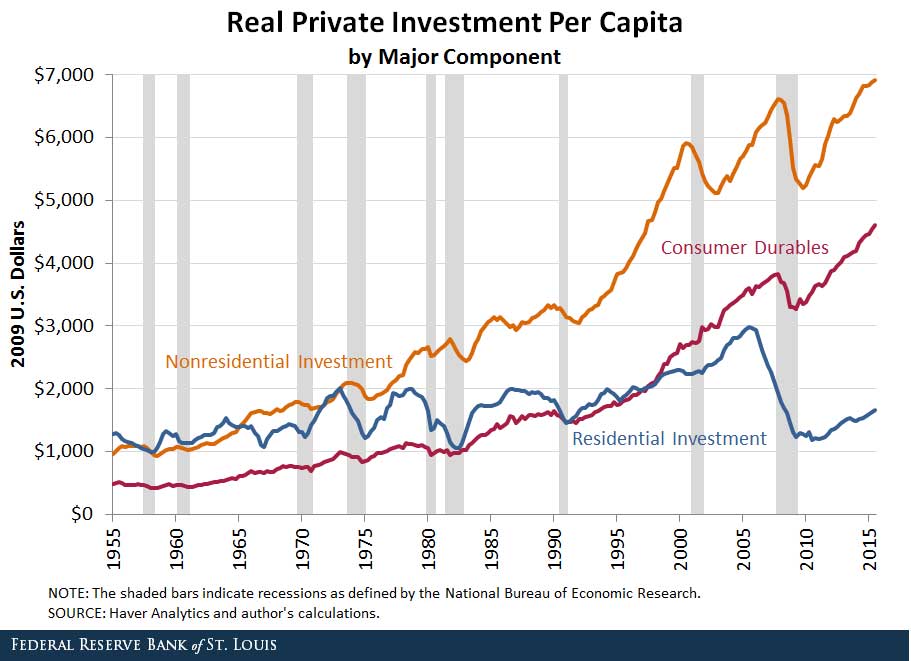 Martin noted that all three components contracted significantly during the Great Recession, but “this is where the similarities end.”

Consumer durables suffered an unusually severe contraction during the Great Recession, but have since recovered at a rapid pace. As of 2015:Q3, expenditures on consumer durables per capita is 20.8 percent above its prerecession level. Martin wrote: “To a large extent, this recovery was fueled by expenditures on recreational goods (e.g., televisions, personal computers and smartphones).”

Real nonresidential investment per capita contracted 18.1 percent during the past recession. As of 2015:Q3, it was 6.1 percent above its prerecession level. The author noted: “Most of the recovery has been driven by investment in equipment and the ongoing increase in intellectual property products (e.g., software and research and development).”

Residential investment had a much different experience than the other two components. This category had exhibited no trend prior to the housing boom, but rose considerably between 1990 and 2005. However, real residential investment per capita fell by 58.7 percent from 2005:Q3 to 2009:Q2. Martin noted that the beginning of the contraction predated the collapse in house prices and the subsequent financial crisis. He wrote: “This is not entirely unusual, as residential investment also collapsed well before the start of some previous recessions (e.g., the recessions in the 1970s and 1980s).”

Martin concluded: “Inspecting the major components of investment reveals that the subsequent recovery followed the usual pattern in nonresidential investment and was particularly helped by the expansion in consumer durables expenditures. In contrast, residential investment collapsed well before the start of the Great Recession and has not yet recovered.”

1 The National Income and Product Accounts considers consumer durables as private consumption rather than investment. However, as Martin noted in his essay, economists sometimes include them in investment because they allow households to produce output themselves that would otherwise be acquired from the marketplace.