Why the Fed Is a Well-Designed Central Bank 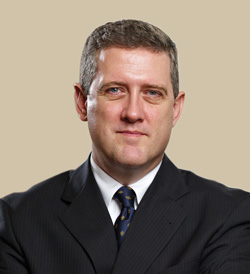 Amid the many goals of financial and regulatory reform wending their way through Congress, a common theme has recently emerged: curb the independence of the Fed.

The sentiment for such change is understandable. The Fed's actions in financial markets during the financial crisis—lending more than $1.5 trillion to financial institutions, buying $1.25 trillion in mortgage-backed securities—are without precedent. Why should the Fed be free to engage in actions of this scale without the consent of Congress or the U.S. president?

The answer, as this year's annual report essay makes clear, is that giving the central bank independence is the best method for governments to prevent themselves from printing money for short-term political gain. Governments throughout the world, including our own, have chosen to tie their own hands institutionally to prevent the misuse of monetary policy. Here's why:

Money allows trade to occur more efficiently. Governments have the great power to print money. But printing money to pay for goods is a dangerous temptation with an enormous consequence. When the government prints too much money, the result is hyperinflation and that money becomes worthless. Germany, Hungary, Ecuador, Bolivia, Peru and, most recently, Zimbabwe have been among the casualties of this phenomenon over the previous century.

To avoid such catastrophes and to make themselves credible stewards of their nation's economic interests, most governments have delegated control of their nation's money supply to nonelected officials. By distancing the control of money from politics, they are, in a sense, backing up their pledge to do the right thing.

Such institutional power, however, requires accountability to the electorate. In the United States, the Federal Reserve was given a complicated system of checks and balances to ensure that monetary policy was conducted in a way that protected all interests. In short, the goal is not to make the central bank independent of the democratic process, but to keep it "at arm's length" from partisan politics.

What are these checks and balances? To simplify,

This year's annual report essay describes in greater detail how and why these arrangements have worked.

As we emerge from one of the worst economic and financial crises in a generation, it is appropriate for the nation to scrutinize the structure and responsibilities of the Federal Reserve System. In a democracy, that's how it's done. But, as the debate ensues about how best to improve the Fed, we should consider change carefully. In creating the Fed, Congress understood that to ensure good monetary policy, the incentives needed to be right. Independence with accountability in the structure of the Federal Reserve System, in my opinion, was the right approach.

NEXT:
Why the Fed Is a Well-Designed Central Bank