The Census Bureau recently reported in a preliminary estimate that the U.S. population grew 0.35% in the year through July 1, 2020. This marks the fifth consecutive year of slowing growth, as seen in the figure below. Population growth in 2020 also was notably lower than the previous year’s revised growth of 0.46%; 2020 growth will likely be the slowest annual population increase in U.S. history outside of wartime. 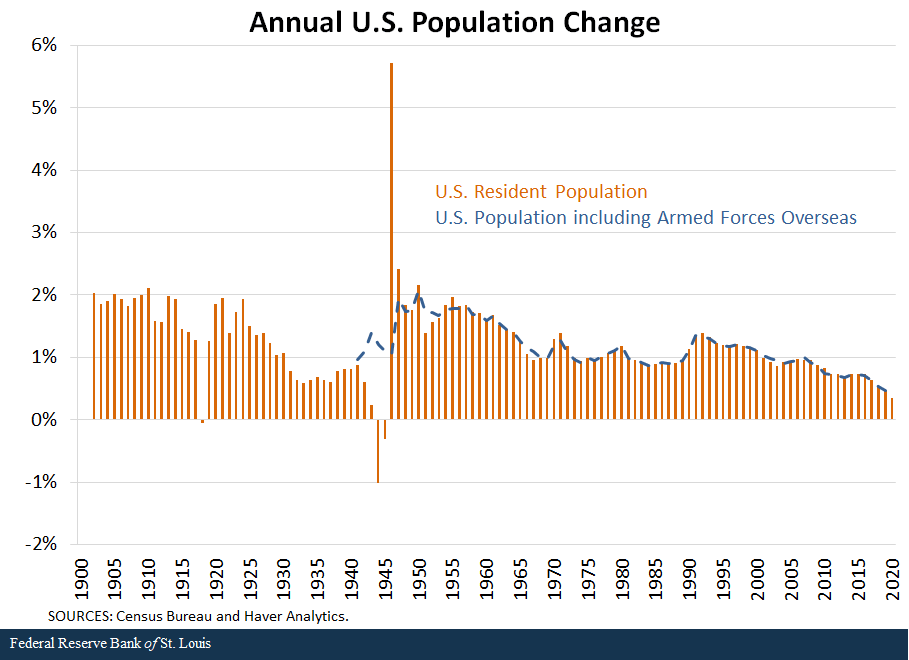 Why Has Population Growth Been Declining?

The Census Bureau will release detailed estimates of 2020 births, deaths and net immigration in coming months in connection with the decennial census and other data-gathering efforts. In the meantime, it is helpful to look at recent trends in each component of population growth.

The figure below shows that population growth has been declining recently. Regarding the three factors: 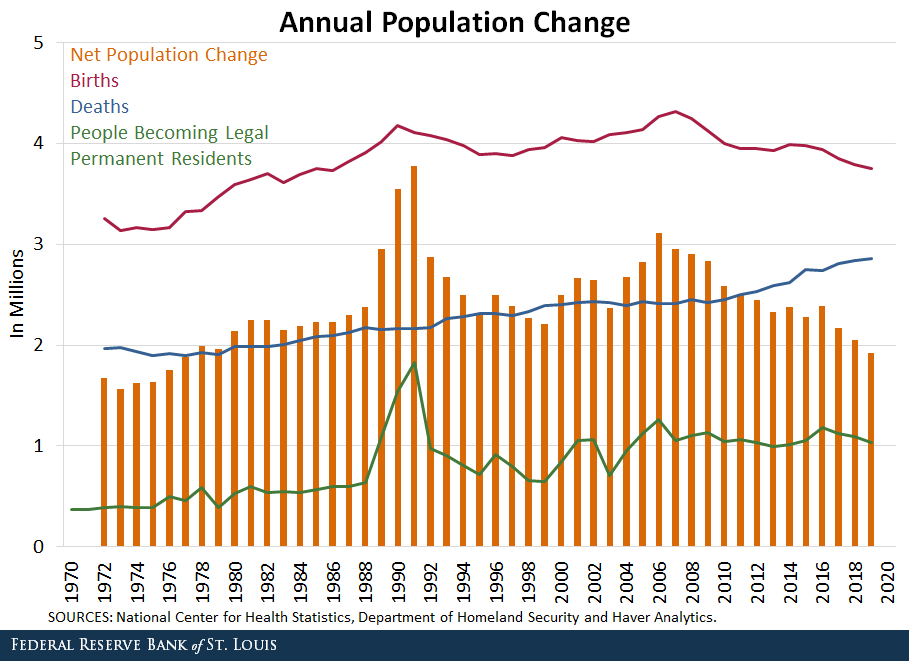 All Three Components Are Contributing to Slower Growth

Further weighing on the falling birth rate in 2021 and beyond is the possibility of a “COVID baby bust”— a shortfall of between 300,000 and 500,000 births in 2021 due to the COVID recession. This forecast is based on the experiences of the 1918 influenza and the Great Recession.

The number of deaths has been increasing for many decades because the population is both growing and aging. The COVID pandemic will accelerate this trend, at least until a vaccine is widely deployed.

The figure below shows that excess mortality during 2020—deaths in excess of the average of the five previous years—has been at or above 10% in every week since late March. Most of these excess deaths are due to COVID, but others may have resulted from disrupted access to health care or other causes. 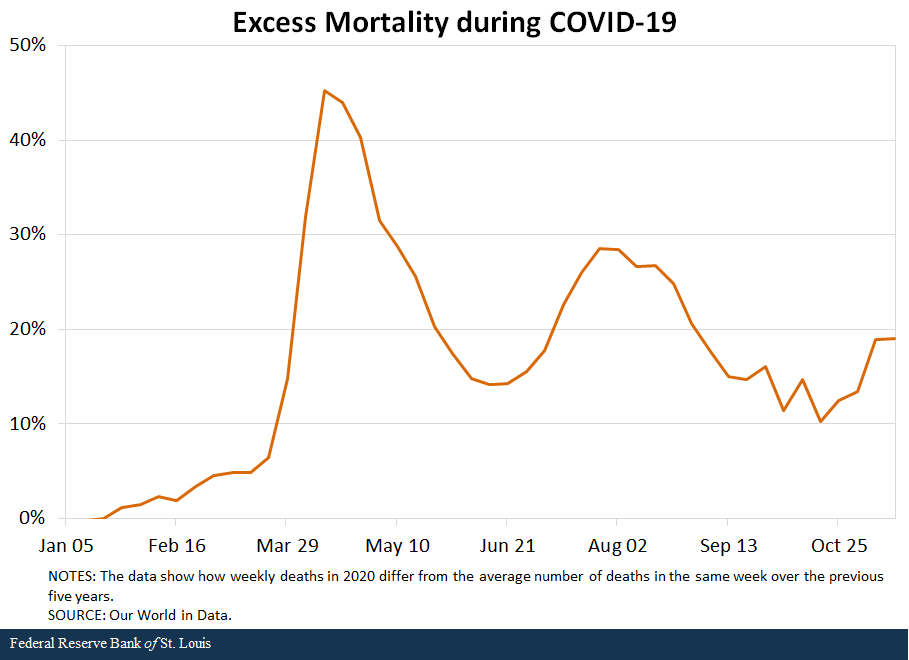 The third component of population change—net immigration—has been about 1 million per year since about 2005. This relatively constant number translates into a smaller percent contribution to growth over time as the total population increases. Looking forward, a Census Bureau Current Population Report estimates annual net immigration of about 1.1 million (PDF) for the entire forecast horizon through 2060.

This year’s 0.35% growth rate reported in December 2020 was only about half of the 0.72% growth expected by the Census Bureau in April 2020, as seen in the figure below. The final estimate could rise above 0.35% as the decennial census and other field work is completed.

Whatever the final estimate for 2020 turns out to be, the slow rate of U.S. population growth experienced in recent years is likely to continue. This matters for the economy because the potential labor force will grow more slowly in the future. This, in turn, may lower investment demand and interest rates, because there will be less need for new business equipment, housing and other capital goods to accommodate a slow-growing population and workforce.

Labor Markets and Unemployment
Output
Demographics
Subscribe to On the Economy