Why the Same Inflation Target May Not Fit All Countries 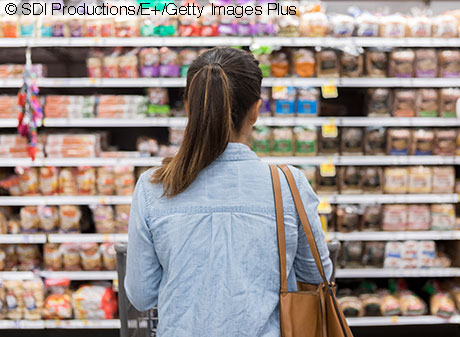 Over the past few decades, many central banks have adopted the monetary policy of inflation targeting, in which they set an explicit target rate for inflation. For the U.S., the European Union, the United Kingdom and Japan, this target inflation rate is at or near 2%. But is the same inflation target optimal for all economies?

In a Regional Economist article, Research Officer and Economist YiLi Chien and Research Associate Julie Bennett noted that inflation rates for several advanced economies have fallen short of their 2% targets for most of the past decade, which raises questions about the optimal level of inflation targets.

“In practice, the specific 2% inflation target may not be universally optimal,” the authors wrote. “The driving forces behind inflation rates could be quite different across countries; therefore, the implementation of the same monetary policy tools—such as forward guidance or quantitative easing—could have varied effects on inflation rates.”

In their analysis, the authors found the main contributors to inflation have varied across countries.

Using national consumer price index (CPI) data from the Paris-based Organization for Economic Cooperation and Development (OECD),Note that the OECD-reported CPIs are not the official price indexes by which each country gauges its inflation target, but the inflation rates reflected by the OECD CPIs closely resemble those reflected by the country-reported CPIs. the authors identified different inflation drivers for the U.S., Japan, France, Germany and the U.K. for the period from January 2012 to September 2019. For each country, the average overall CPI inflation rate was below 2%, ranging from 1.8% in the U.K. to 0.69% in Japan.

Another example of variation among the sample countries came in the form of health expenditures. These expenditures contributed third-most to inflation in the U.S. but were among the bottom four contributors in the other countries. The authors said this difference could be due to the U.S. having a more privatized health care system and thus less government regulation of increasing health care costs.

On the other hand, transport expenditures contributed positively to inflation in all countries except the U.S., where transportation-related prices for goods and services fell from 2012 to 2019, leading to deflationary pressures.

Overall, Chien and Bennett said their findings suggested nontrivial differences in the driving factors of inflation among the nations surveyed. They added this may be due to various factors, including possible shifts in production technologies and government regulation.

“In light of these varied inflationary forces, the question arises whether a standard 2% inflation target is best practice across advanced economies, and future work should consider how various aspects of monetary policy affect different components of inflation,” the authors concluded.