How Well Do Nonemployer Firms Fare? 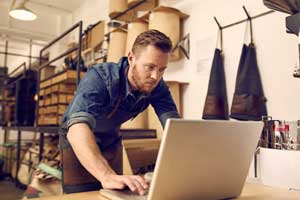 About two of every five nonemployer businesses operated at a loss, according to the recently released 2015 Small Business Credit Survey: Report on Nonemployer Firms.

This report, jointly produced by the Federal Reserve banks of St. Louis, Atlanta, Boston, Cleveland, New York, Philadelphia and Richmond, examined trends in businesses with no employees other than the owners. As the report noted, these businesses make up nearly 80 percent of all U.S. firms.

“Yet, little is known about the performance or the financing needs and decisions of these 23 million businesses. The few sources that provide insight on small business credit conditions do not distinguish the experiences of nonemployers from small employer firms, which may differ significantly.”

The figure below shows the profitability of nonemployer firms as of the end of 2014. 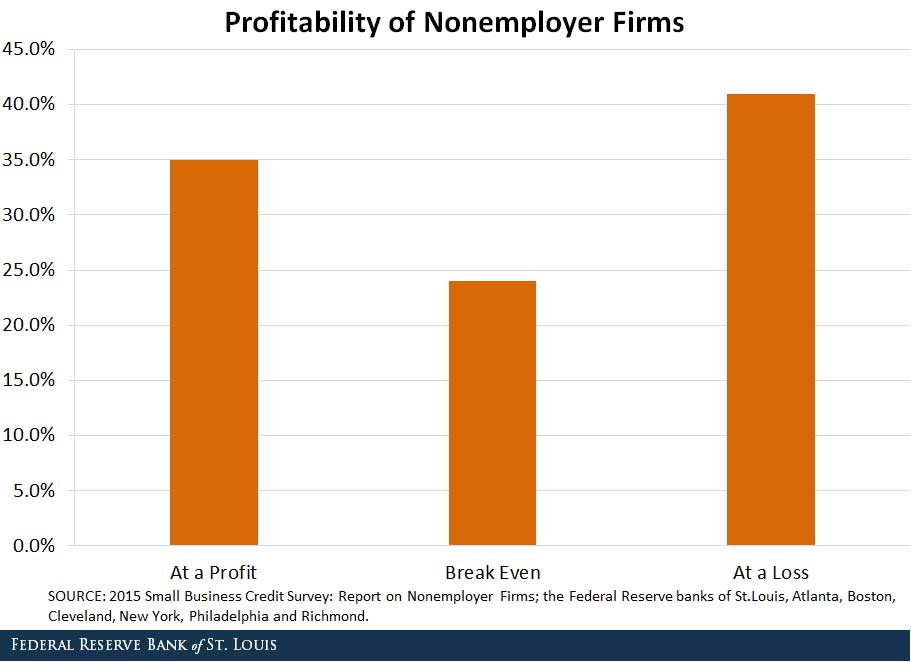 As the figure shows, more than 40 percent of nonemployer businesses operated at a loss, while 35 percent showed a profit and the remainder broke even.

However, the size of the firm may play a role in profitability. The figure below shows the profitability of nonemployer firms by revenue size. 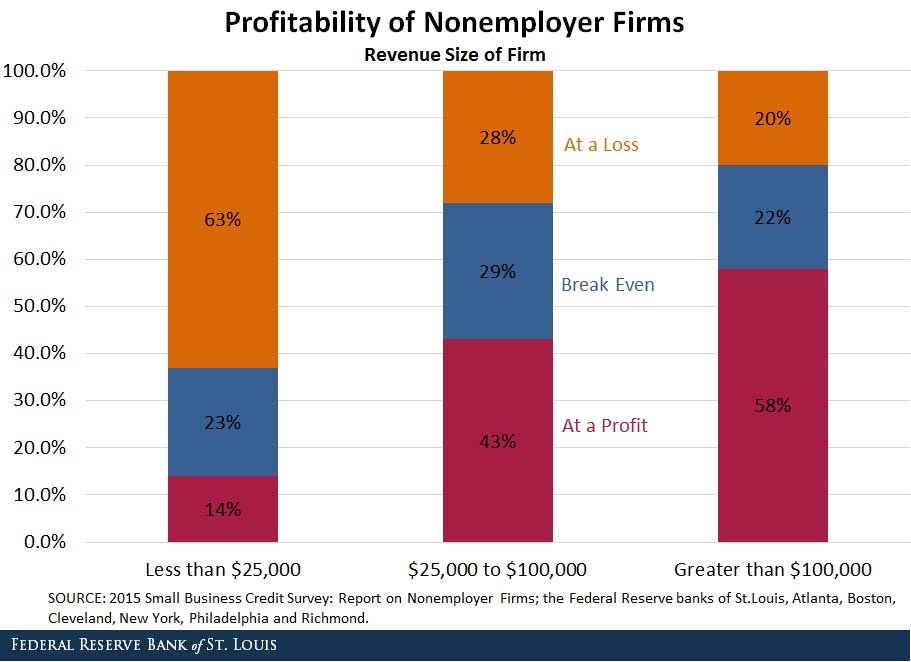 Firm age may also play a role in larger-revenue firms being more likely to generate a profit. The report noted that firms with less than $25,000 in annual revenue also tended to be young: “Three-quarters are less than six years old, and 39 percent are new firms (0-1 years).”

Still, generating revenue was the top response given when asked about nonemployer firms’ top business challenge, as seen in the table below. 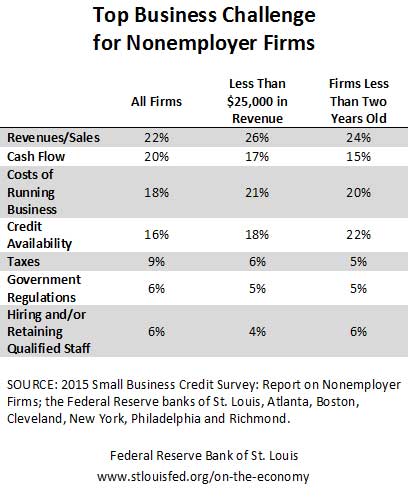