The Argosy Casino brings not only a lot of cash but a lot of color to Alton’s riverfront. In 1991, the casino became the first attraction since a master plan was drawn up to redevelop the stretch of the city along the Mississippi River. 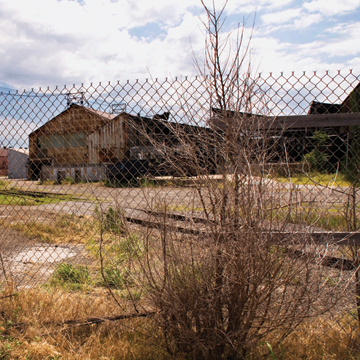 Many remnants of Alton’s industrial heyday mark the city. As in downtown and along the riverfront, the city is prepared to use TIF to redevelop these vacant sites. 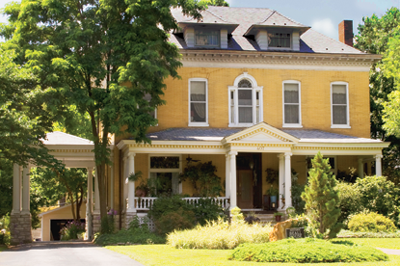 The Beall Mansion, built in 1903, is located on Millionaire’s Row in Alton. The mansion is now a well-known bed and breakfast. 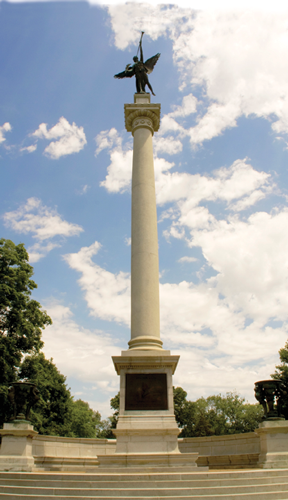 Among the sites promoted to tourists is this monument to Alton’s Elijah P. Lovejoy. He was an abolitionist publisher who was slain by a pro-slavery mob in 1837. 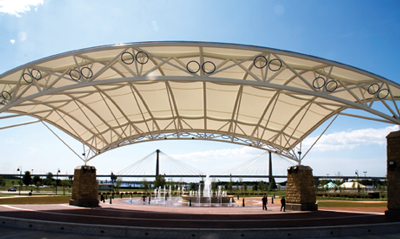 The $4.4 million amphitheater opened in May on the riverfront. In the background is the 15-year-old Clark Bridge, a landmark in the St. Louis area, thanks to its unusual cable-stay design and bright yellow cable wrappings. 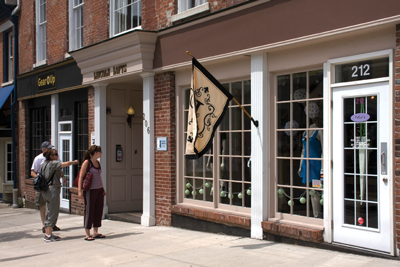 Downtown is getting spruced up, thanks in no small part to tax increment financing. These two buildings had been candidates for demolition; with TIF incentives, developers turned them into 11 apartments and two stores. 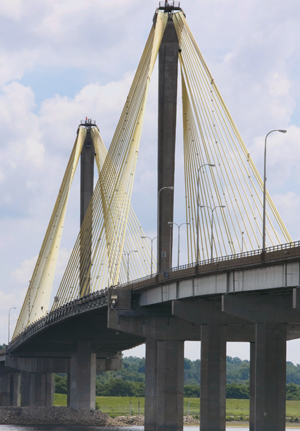 Through the 1980s, a railroad bridge, a two-lane highway bridge and a lock and dam, all decrepit with age, dominated the riverfront at Alton, Ill. After the various agencies in charge slated all three eyesores for demolition, the city—25 miles north of St. Louis and across the Mississippi—set to work on a master plan to re-create the riverfront along lines that were more image-enhancing.

In 1991, the plan was done, and the riverfront got its first new attraction—the Alton Belle, Illinois' first floating casino.

Arriving as the city was fast losing its longtime industrial base, the boat came as a welcome shot of economic adrenalin, bringing the city hundreds of new jobs and a wellspring of new revenue from its local shares of state casino taxes. To build on those gains, the city imposed its own separate per-person tax on boat customers.

Although the casino was privately financed, the next big riverfront improvement—a marina—received a hand from the city in the form of $5 million in bonds, repayable in part from marina revenue. Since opening in 1996, the facility has been expanded three times; nearly 300 boats can dock there now.

The latest and most ambitious riverfront projects yet are a $4.4 million amphitheater and a $2.5 million pedestrian bridge. The amphitheater, which seats 4,000 under a canopy, opened in May with a Miles Davis jazz festival, named for one of Alton's favorite sons. The bridge will span the railroad tracks and four-lane highway that separate the riverfront from Alton's downtown; it is slated for completion in November.

The city financed the bridge and amphitheater with a combination of tax increment financing (TIF) money on hand and $5.5 million in TIF-backed bonds, all made possible by a TIF district consisting of the city's downtown plus some other commercial and industrial properties. The city earmarks for development all real estate taxes collected in excess of the amounts in effect when the city enacted the district in 1994.

The city has used TIF money to spruce up several downtown blocks with new lights, sidewalks and plants. Developers can also get TIF grants of $7,500 for each new business or residential unit created in downtown buildings, which are up to 150 years old. In the past four years, 30 new apartments or condos and 10 new offices have resulted. A number of new shops and restaurants have also opened in an area that fell on hard times after Alton Square Mall opened on the edge of town in 1978 and became the go-to local shopping place.

The city's investments have turned the once run-down downtown and unsightly riverfront into what Brett Stawar, president of the Alton Regional Convention & Visitors Bureau, describes as a string of pearls for tourists.

The necklace also includes the 15-year-old Clark Bridge, whose swooping yellow cables shine in the sun, making a photogenic background for the riverfront. The four-lane highway bridge was funded by the state and federal governments. Another "pearl" is the new lock and dam, erected two miles downstream from the riverfront by the U.S. Army Corps of Engineers. The complex, which includes a river-themed museum, logged 61,791 visitors in just the first six months of this year.

The convention and visitors bureau, which gets the biggest share of its funding from cuts of the city's taxes on hotels and restaurant food and drink, also promotes Alton's longtime historic and natural assets. These include the spot where Lincoln and Douglas last debated in 1858, several significant Civil War-era sites, three picture-book 19th-century residential neighborhoods on the National Register of Historic Places, and scenic river bluffs where American bald eagles come to feed every January and February. The birds have grown into an industry, luring 10,620 tourists to eagle-related events this year—more than double the number of two years ago.

As a measure of tourism's growth, Stawar cites the 70,700 room nights Alton's three hotels sold last year, a 9 percent uptick from 2007. He says they were quite often completely booked.

No count exists of the tourism jobs created, and they are too dispersed for any single tourism employer to make the city's list of top employers, now led by Alton's two hospitals. Both are expanding—Alton Memorial Hospital with a $45 million addition and St. Anthony's Health Center with a $70 million one.

"Health care has been great for the local economy," says Philip S. Roggio, the city's director of development and housing these past 20 years. "Health care is generally recession-proof."

Alton was a manufacturing town for most of the 20th century, but no more. Glassmaker Owens-Illinois shut down in 1983, Smurfit-Stone Container Corp. closed its paperboard mill in 1998 and Laclede Steel liquidated three years later. From thousands at their peaks, the plants were down at the end to hundreds of jobs each—all lost.

After the state of Illinois declared the glass company's 153-acre property a brownfield, the city contributed $6 million in TIF-backed bonds to a private developer's $18 million cost of cleaning up the site, tearing down old buildings, installing utilities and turning it into a modern business park. In 2001, New Jersey-based American Water opened a call center in the park, choosing it for its central U.S. location over five other sites in different states. The center, which operates around the clock serving the utility company's customers in 32 states and Ontario, has been steadily adding employees.

In 2003, a group of local investors bought Laclede's former 400-acre site and, on part of the parcel, opened Alton Steel Inc., a maker of specialty steel bar products.

Even with the new company and business park, Alton has been left with acres of abandoned, falling-down factory buildings. As with downtown and the riverfront, the city stands ready to use TIF money to improve these properties, Roggio says.

The city also has its redevelopment sights trained on Alton Square Mall, where vacancies, declining sales and deferred maintenance have taken their toll. To turn it around, the city created a special taxing district, which added a cent to the mall's sales tax rate. The city has pledged up to $1.5 million of the extra money to the mall's Texas owner for renovations. As those proceed, the city is pursuing deals to add a 12-screen movie theater to the mall and to lure a new hotel/conference center to town.

"If we're going to grow tourism," says Stawar, "we have to have more hotels."

Downtown and the riverfront remain works in progress. Downtown is still dotted with empty buildings, but more TIF grant applications are pending.

On the riverfront, a floating restaurant has been for sale since closing more than a year ago.

At the casino, now called the Argosy, business is off—enough that the boat's staff is down by about half from a decade ago, according to the general manager, Rich Laudon. He blames the economic downturn, competition from newer casinos around the St. Louis metropolitan area and a statewide ban on public smoking that went into effect Jan. 1, 2008. Nevertheless, Alton's $5.7 million share of state taxes on the boat added up to about 22 percent of the city's operating budget last year, and the total $414,000 from the city's separate head tax on casino customers went into a fund for special city projects.

Meanwhile, on the strength of a $200,000 grant from the National Scenic Byways Program, plans are afoot for a new riverfront attraction—a "flood memorial plaza." With a sculpture, fountain and exhibits, it will be dedicated to the heroics of Alton's citizens in times of rising Mississippi waters. Construction could start next year.

Dale Blachford, president of Liberty Bank and an Alton resident for only five years, says that, unlike some locals, he sees "more of the positives than the negatives" about the city. Overall, he sees a city that has been slowly and successfully "reinventing itself" these past 20 years and, of necessity, continues to do so. "It takes time," he says.

Alton Mayor Tom Hoechst also takes a long view, focused on the future. "We're still suffering from the old days when the industrial jobs were so plentiful," he says. "Those jobs are gone, they're not coming back and people have to get used to that fact."

Alton, Ill., by the numbers