Is Trade a Zero-Sum Game? The Answer Lies in Chocolate 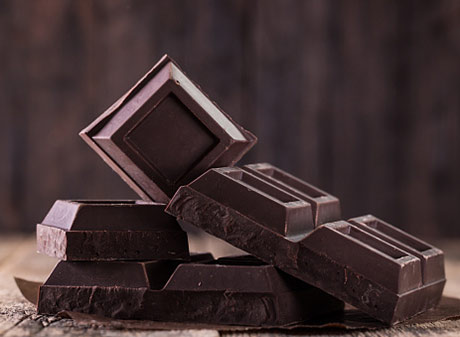 Is trade a zero-sum game? To help people answer that question for themselves, St. Louis Fed Senior Economic Education Specialist Scott Wolla takes a creative approach. He puts a “spin on a classic trade lesson” by having students, teachers and even members of the general public exchange candy bars with each other and rate their satisfaction.

What is a Zero-Sum Game?

As Wolla explains, a zero-sum game is one in which the existence of a winner must mean there is also a loser. Think football or basketball.

“Many people suspect that international trade operates as a zero-sum game. That is, they think it is like a sporting event—a competition with rules that ends with a winner and a loser,” he writes in a 2017 issue of Page One Economics titled Does International Trade Create Winners and Losers? “Specifically, people sometimes think that if our trading partners are gaining through international trade, the United States must be losing. In this view, exported goods represent a ‘win’ for the economy and imported goods represent a ‘loss’ for the economy.”

This view has been around for ages, he writes, noting that it dominated economic and political thought from the 16th to 18th centuries: “Known then as mercantilism, it led to government policies that encouraged exports and discouraged imports.”

Wolla adds that one of philosopher Adam Smith's purposes in penning The Wealth of Nations (1776) was to “dispel the zero-sum game myth behind mercantilism.”

Smith’s magnum opus led to the creation of economics as a discipline. As a modern economics educator, Wolla strives to illustrate how trade can be beneficial for parties willing to engage in it.

Step 1: Rank your favorite candy bar out of 4 options.

Given the choice of four kinds of chocolate bars, rank your favorites, from first to least. At a recent Dialogue with the Fed event about trade, Wolla led the audience in this activity.

Step 2: Receive a candy bar, and then quantify your satisfaction.

Hand out the four kinds of chocolate at random. Once everyone involved has a piece of candy, don’t eat it! Have participants rate their satisfaction with what they received. Follow this grid to quantify “satisfaction points” and tally the total points.

During the event shown in the video, the initial distribution of candy bars at random yielded a total 276 satisfaction points from the audience.

Step 3: Prefer something else? Trade with your immediate neighbors.

Let participants trade only with people in their immediate vicinity, or “borders.” It’s important to note that people don’t have to trade if they don’t feel it will increase their satisfaction. Wolla notes in his Page One Economics essay that in order for trade to occur, parties must feel it’s worth their time and effort. Buyers and sellers will only pursue trade if they feel they’ll end up better off.

Once immediate trading is done, re-tally total satisfaction points. In the video, points increased to 285.

Finally, let people trade with whomever they want in the room. Re-tally total satisfaction points. In the video, overall satisfaction increased to 314, and more people had their first choice of chocolate bar than at the outset.

This outcome shows that for trade to occur, it must make both parties better off. Wolla says this is a positive-sum game, not a zero-sum game, because both sides gained.

Teaching the Fundamentals of Trade

In real life, trade and the globalization of industry is complex. As Wolla writes in his essay: “The costs and benefits of trade extend beyond the actual buyer and seller in the transaction. And, once third parties are included, it is clear that trade can create winners and losers.”

Nevertheless, Wolla explains, economists find that after taking both winners and losers into account, trade has net benefits for society. In other words, the benefits outweigh the costs. In addition to the winners above, other positive effects of trade include access to additional physical capital and thus increased productivity, which drives economic growth and a rising standard of living. It also increases export opportunities that can elevate developing economies and mitigate poverty.

The important part is for people to think about the economic principles that motivate trade, and to form their own educated opinions. “When I do the candy exercise, I witness people having an epiphany, especially with students who are more likely to think of trade strictly in terms of winners and losers,” Wolla says.