Income inequality in the U.S. started to increase in the 1970s, and stock market gains accompanied this increase, according to a recent Economic Synopses essay.

Assistant Vice President and Economist Michael Owyang and Senior Research Associate Hannah Shell noted that increases in stock prices and capital returns may benefit the wealthy more than others, as they have better access to markets. They wrote: “Thus, as stock prices and capital returns increase, the wealthy might benefit more than other individuals earning income from labor.” 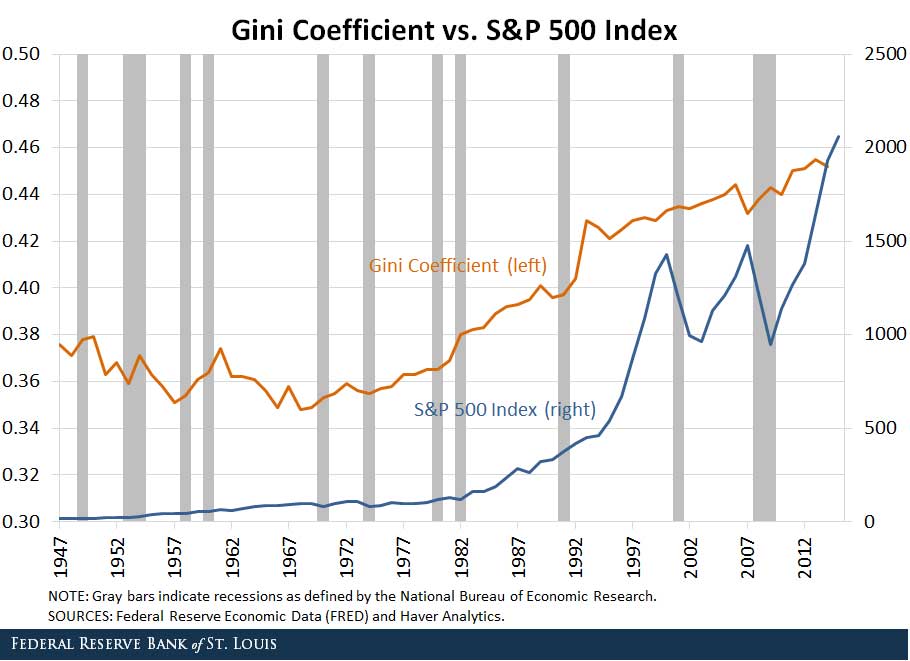 The authors pointed out that inequality began to rise in the 1970s. The Congressional Budget Office estimated that between 1979 and 2011:

Regarding stock returns, the S&P 500 Index grew from 92 in 1977 to over 1,476 in 2007. By comparison, it grew only 50 percent in the 30 years prior. The authors noted: “As stock prices rise, the gains are disproportionately distributed to the wealthy. Lower- and middle-income families who are also wealth-poor are less likely to expose their savings to the higher risks of equity markets.”

Owyang and Shell concluded: “The increase in income inequality in the 1970s was accompanied, in part, by gains in the stock market. Comovement between stock prices and income inequality results from the fact that gains in the stock market tend to benefit those in the wealthiest portion of the income distribution, who have better access to and higher participation in these asset markets.”

Household Finances
Financial Markets
Subscribe to On the Economy